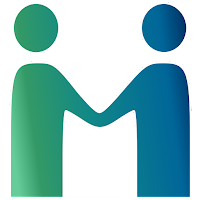 In the guest blog below, Kevin explains the role of recruiters in the animation industry, and how our graduates can get the best out of them.
About Animation Recruiters
"Animation recruiters are hired by animation companies to help source new talent.  Often, they can be understandably nervous about hiring the wrong person.
Recruiters worry about getting lumbered with someone they have to carry as far as they can before, if it doesn't work out, they finally have to fire them.  Firing people is an expensive, time-consuming process that causes tremendous grief and disruption to an animation studio.
"The Devil You Know"
For this reason, recruiters have an in-built wariness of hiring anyone if there is the slightest doubt about them that crops up in the interview process.
What a studio really wants is a "known quantity" - they want to know that who ever they hire is going to just slot right into their system and hit the ground running, doing great work.  So, when a studio is crewing up, recruiters usually hire people in this order:
Who Recruiters Hire:
1. The People They Already Know
These are people who worked for the studio before and did a good job. These are known quantities. These will be the first in line for a new job, and they won't actually have to chase work when a new job comes up, recruiters will be on the phone to them asking if and when they are available.

It is often the case that people in the first category will give the studio all the animators they need. If this is the case you won't get the job, and it won't be your fault.  It's just the way it is. If the people they already know aren't enough and they still need to hire more, then they will consider the reels of those they don't know.  First in line from these applicants will be: -

2. Those with a Good Track Record in the Industry
You will have seen this stipulation in many of the jobs postings: - "Three to five years in the industry required." if you have more than one job under your belt and examples of your work on that production in your reel, this will assuage any fears that you could come in and make a mess of things.

After these options have been exhausted, recruiters will then start to consider -

3. Those with no real track record in the industry but with knock out show reels
Your reel will really have to stand out in order to be considered for an interview (See above). But if your reel is really strong, and the interview goes well, then you have a great chance of getting hired."
--- Kevin Richards
Kevin Richards' Jobs and Careers Advice
To see more advice from Kevin Richards on how to find your first job in the animation industry, see the links below:
Interview and Demo Reel Resources at Escape Studios
To see more resources on animation jobs and careers generally, see the the links below:
The Escape Studios Animation Blog offers a personal view on the art of animation and visual effects. To find out more about our BA/MArt courses, now recruiting for September 2022, follow this link.   To apply, visit the official page here.

Posted by Alexander Williams at 01:41