We've uploaded a new series of tutorials at our Vimeo Channel on how to use the Unreal Engine rendering pipeline.

Realtime rendering is a growing part of the animation production pipeline. Whether our students are studying VFX, animation, or games, Unreal Engine offers big savings in render times. 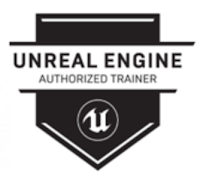 Real Time Rendering with Unreal Engine
Real time rendering does what it says on the tin - shots are rendered in real time, allowing our students to focus their energies on animation and character performance, without worrying about whether they will manage to make the production deadline.

This means no more late nights crossing your fingers and hoping that the Arnold render will come through; Unreal Engine offers a much faster solution.

Unreal Engine Tutorials
These tutorials explore how Unreal Engine works, including how to build assets and textures for a Realtime pipeline, as well how to import and edit animation to get the best results.

Michael has worked on many VFX blockbusters such as Batman vs Superman, Doctor Strange and Thor Ragnarok.

Unreal Engine Accreditation
Michael is an Accredited Trainer for Unreal Engine, as a well as a Certified Instructor with Maya at Autodesk.

Festival winners
To see some of short films made at Escape Studios and rendered in Unreal Engine, follow the links below:

The Escape Studios Animation Blog offers a personal view on the art of animation and visual effects. To find out more about our BA/MArt, follow this link.  To apply, visit the official page here.
Posted by Alexander Williams at 01:38