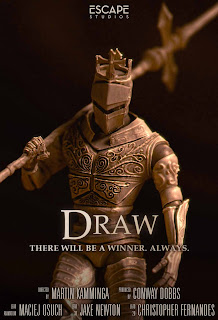 Draw was produced by Conway Dobbs, and the lead animator was Maciej Osuch - who in 2019 directed the award-winning short Golden Acorn.  The 3D VFX Lead was Jake Newton and the 2D VFX Lead was Christopher Fernandes.

Draw is currently being entered into film festivals, and we wish Martin and his team every success.

About "Draw"
Draw is a short film about a game of chess, in which we go beyond the inanimate objects that make up the game and see the combat beneath the surface.

Studio Project
Working with a team of ten students from both the VFX and animation departments, this collaborative short was filmed on location in London, with animation and VFX all completed at Escape Studios.  The live action plates were scanned and tracked, and were completed with digital animation in Maya, composited and rendered in Arnold.

Director
Martin Kamminga, originally from The Netherlands, is an undergraduate student at Escape Studios in London, studying the Art of Visual Effects. This is his first film.

Project supervisors
The VFX project is overseen by our 3rd year tutors:
Draw at IMDB
You can find Draw at the IMDB here. 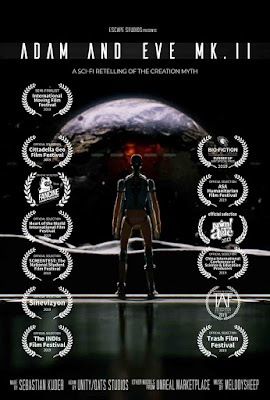 2019 VFX Projects
To see examples of successful VFX projects which have gone on to win awards in international film festivals in 2019, follow these links:
Draw was created as part of the 3rd year VFX project at Escape Studios. To see more about the third year of animation studies at Escape Studios, follow this link.

Draw at IMDB
You can find Draw at the IMDB here.

Posted by Alexander Williams at 01:08