We're proud to introduce The Good Old Days, a short film made by graduating animation student Sebastian Kuder, part of his final film project, and completed at Escape Studios. The Good Old Days is a short story about an elderly gentleman who tries to re-live the glory days of his youth, but things don't quite go to plan. 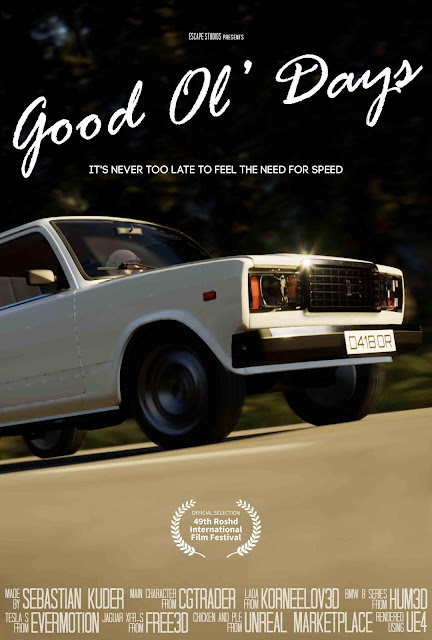 The Good Old Days has been accepted into the official selection of the 49th Roshd International Film Festival.

Sebastian also directed and animated a number of other successful short films at Escape Studios over the last three years.

Star Wars - The Escape
In his first year he worked over the summer to complete his fan film Star Wars - the Escape,  a six minute tribute to the Star Wars franchise.

Assassin's Creed
Later, in his second year, Sebastian directed two group projects, Assassin's Creed and Planet Mars; the latter has made the official selection for many animation festivals around the world.

The Third Floor
Sebastian has recently started a new position as a Junior Previs Artist at The Third Floor; a perfect fit for his animation and cinematographic skills. Sebastian brings to his new employers a thorough knowledge of the Unreal Engine pipeline, which is being rolled out across the sector as studios take advantage of the growing possibilities of real-time rendering.

The Escape Studios Animation Blog is a personal view on the art of animation and visual effects. To apply for our BA/MArt in 3D Animation, follow this link.  To apply for our storyboarding evening class, visit this page here.  For the next 12 week animation course, click here.
Posted by Alexander Williams at 11:50