Jericho - A Short Story about Friendship

Jericho is a short film completed by our third year undergraduate students, in which a lonely robot searches for pieces to build a mechanical friend. Congratulations to all our students for this very successful collaboration between three departments: Animation, 3D VFX, and Compositing. Directed by Sarah Andrews and Produced by Matt Wight, Jericho raises the bar for all our students at Escape Studios and shows what can be done when group projects are well-managed and resourced - just like in industry. 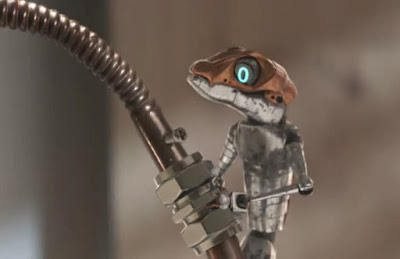 The live action was filmed in Producer Matt Wight's flat, which was turned into a workshop for the duration of the shoot.

Because the lizard would be created in cg (and therefore would not be present in the plates), the team first filmed the whole scene as a rough animatic, using a plastic lizard, to make sure that the shots were all working.

The lizard itself, Jericho, is an original creation, modeled from scratch and textured using Substance Painter. The animators looked at lots of live-action reference of real lizards in order to make the animation feel as believable as possible.

The production was managed using Shotgun, allowing the team to manage the many iterations of each shot, and allowing members of the team to work remotely where necessary. 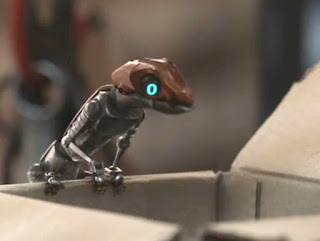 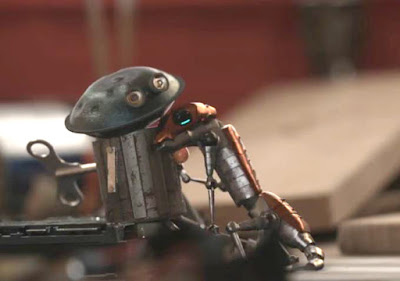 The project brief was to create a roughly one minute short film that must include live action plates, animation, 3D and compositing. Each team would have (roughly) three animators, the same number of 3D artists (of various roles) and three 2D artists. So, about 10 artists in total.

Each team would film on-set for around four hours: plates & data acquisition with our DOP, Clement Gharini. The teams were given the choice of modeling and rigging their characters, or sourcing their assets online. Some restrictions were imposed: such as no fur or chroma keying.

Project supervisors
The project was overseen by our 3rd year tutors:
Congratulations to the Jericho team on their excellent work.

You can find Jericho at the IMDB here.

Escape Studios teaches Animation (both 2D & 3D), Storyboarding, Character Design, and Concept Art. Our goal is to offer The Best Courses in Animation in the UK. Contact: alex.williams1(at)pearson.com