Animator Michael Morgan will be returning to Escape Studios to teach our 20 week animation evening class, taking over from Framestore animator Benoit Moranne for the acting and performance part of the course.

We're delighted to welcome Michael back to Escape Studios; his film credits include Guardians of the Galaxy, Beauty and the Beast, and Black Panther.

Animators are Actors
Michael teaches a traditional acting approach to character animation, emphasising the importance of animators filming themselves acting out a shot - shooting live action reference and then using this reference for their animation.

Acting and performance
For example, on Guardians of The Galaxy , Michael explains that every animator "had to act out their own shot"; sometimes you "even act out other people's shots".  And someone else might have given the best performance - in which case that's the one you pick. It's a team effort, and you "have to get comfortable acting stuff out".

Michael Morgan at Escape Studios
Michael will be taking over temporarily from Benoit to teach 12 week animation evening class on the
character performance, acting, dialogue and lipsync on our
following dates:
After this, Benoit will re-join the class, to continue with the rest of the course.

Michael Morgan - from Classroom to Studio
To see more about Michael's work and how he approaches the character animation process, read this post. 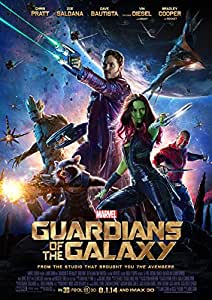 Posted by Alexander Williams at 01:09