Many congratulations to the makers of the short film Jericho, completed early this year by our third year undergraduate students, which has been shortlisted for the student BAFTA awards.

Jericho is a short film about a lonely robot searching for a friend.  The student BAFTA awards take place every year in Los Angeles, hosted by the Los Angeles chapter of BAFTA. 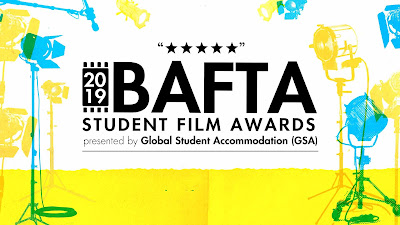 Shortlist
BAFTA ask film schools from around the world to submit their best work.  Members of BAFTA then review the submissions and select the best films over the course of three rounds of voting.

Over 150 BAFTA members participate in the selection process to choose the 20 best short films in the categories of Live Action, Animation, and Documentary. The filmmakers involved are invited to special events in London, New York, and Los Angeles, and are invited to join the BAFTA Alumni Program - a new talent development group which provides access to bespoke events throughout the year.

The Finals
Three finalists will be chosen from the shortlist in each category, following 3 further rounds of voting by BAFTA members.


Congratulations to the makers of Jericho for making the BAFTA shortlist, and we wish them every success in the race to the finals.
The Escape Studios Animation Blog offers a personal view on the art of animation and visual effects. To apply for our BA/MArt in 3D Animation, follow this link. To apply for our storyboarding evening class, visit this page here. For the next 12 week animation course, click here.
Posted by Alexander Williams at 01:18