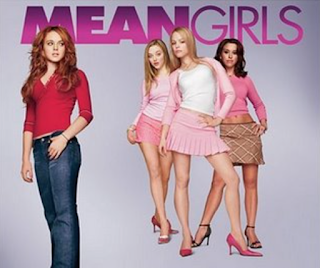 Here at Escape Studios we encourage all our student animators to enter The 11 Second Club, the monthly character animation competition in which aspiring animators practice their skills and get their work noticed.

Animators from all over the world participate, animating a character speaking a line of dialogue, which is provided on the first day of every month by the club.

This month the line of dialogue is taken from the 2004 smash hit comedy Mean Girls. The lines are spoken by the characters Mrs George, played by Amy Poehler, and Cady, who was played by Lindsay Lohan.

What is the 11 Second Club?
It's a monthly free animation competition. Participating animators can share their progress with one another and critique each other's work - just like in a real animation studio.

At the end of the month, all the participants vote for the submission that they consider the best for that month.  The idea of the 11 Second Club is "to give animators a chance to practice their skills in a fun, challenging environment".

What is the dialogue for March?
This month's competition is, as ever, an eleven second piece of dialogue:

How should an animator approach a shot like this?
A good animator tries to imagine the scene in their head before starting out. What is the scene about? What is happening?  Try to think of a funny and original take on the line - and see it play as a movie in your imagination. Also, decide if you want to animate both characters, or just one. Remember, one could be off camera, which will save you a ton of work.

Download the line of dialogue and drag it into your Maya scene file. Now you can see roughly the timing of where your big transitions will be (to see more about using sound in maya, read this post).

Your Maya timeline will also show you where the big changes are in the waveform - these are your big accents, roughly where your poses will go. In the example below, the biggest accents in the line are at around frame 27 and frame 63.


Act the scene out yourself and film yourself doing it on your phone - or get someone else to film you. Don't worry about not being the greatest actor ever. You just want to get some ideas for the key poses in your shot.


Once you have some ideas, and you have shot some footage, do thumbnail sketches, based on the key poses in your performance. If you're feeling stuck, you can import the footage into your shot and use an image plane to help create your key poses. Watch the video above for some tips on thumb nailing by master animator Glen Keane.

The trick is to break down the dialogue into smaller components, or phrases. In Mrs Cady's line, there are five main parts or phrases to the line.
1. Huh?!
2. Oh God Honey, No....what kind of mother do you think I am?
3 *giggles*
4 Why, do you want a little bit?
5 Because if you do, I'd rather you do it in the house...."

Below is the clip from the movie. Watching this will help you a little with facial expressions, but only up to a point.  Remember that with animation we have to caricature and exaggerate - unlike live action.


When you do your thumbnails, do a separate sketch to correspond to each phrase in the line.  There is a lot of complexity in this line - there is a lot going through her head. Each thought can have its own corresponding expression or pose.

On the word "huh?" she might look surprised. Then, on "Oh God Honey, No....what kind of mother do you think I am?" she might look hurt or upset - this could be very exaggerated. Then she laughs, and changes her thought again. "Why, do you want a little bit?" Now she's intrigued, she's no longer the responsible Mom, she wants to be her best friend, a little naughty. Then, another change:  "Because if you do, I'd rather you do it in the house...." Now she is a bit worried, is she being overheard? She's a little anxious that offering alcohol to a teenager might not go down well beyond the privacy of her four walls.

Thumbnail each emotion and you should get some nice poses, which you can then use as the key poses in your animation. 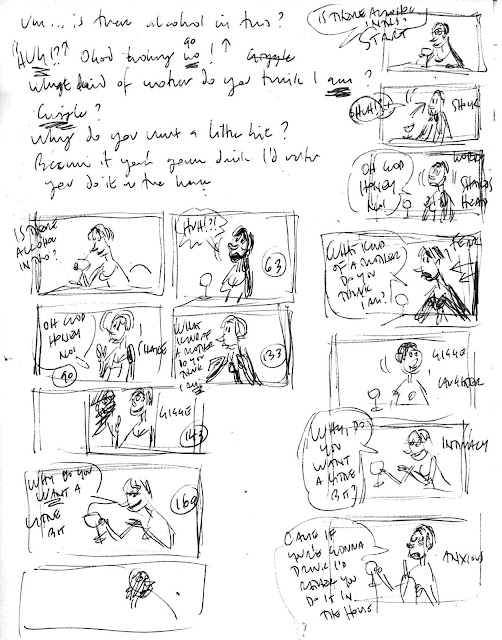 Once you have done your preparation, and you know exactly what you plan to do, execute the plan. Create character poses in Maya on stepped curves, and get the blocking of the shot right. Don't deviate from your plan - stick to the thumbnails. Give your plan a chance to work without second-guessing it as you get underway.

Once you have a pose test in Maya in stepped curves, get feedback from animators whose opinion you respect, tweak it, and, once you are happy, use the TweenMachine free Maya tool to help break down your poses.

Finally, when everything is working, spline your curves and refine the final result. Remember to leave the lipsync to the end - this is the least important part of a good acting shot.

And good luck! Entering competitions is a great way to raise your game as an animator. To find out more about this month's competition, follow this link. And to see the winner of the October 11 Second Club, which was an action piece to the sound of Star Wars light sabres, click here.

Below is a good example of the high quality of work exhibited at the Competition - the winner in February 2015. It's well animated - and also stylish and inventive.

Posted by Alexander Williams at 01:28