Michael O’Sullivan Explains the Art of the Pitch

We were delighted to welcome Hollywood Movie executive and former Paramount CFO Michael O’Sullivan to Escape Studios this week.

On Wednesday 15th January Michael gave a talk on the art of finance in the creative industries.

How do our students create innovative ideas for film, TV and games that can become commercially viable? A good pitch is an art in itself; a successful pitch can make or break a project, and without one no animated film, game or TV Series has a chance of getting off the ground.

Our MA Students in Storyboarding and Previz got to meet Michael O’Sullivan and learn about film financing, and the art of preparing a commercially viable project pitch. 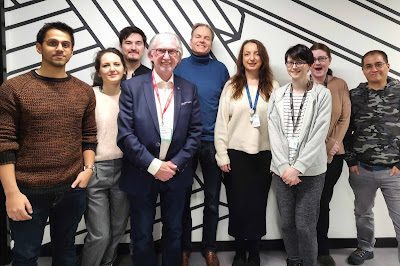 Michael started out in the cutting room in the 1950s, working for Movietone News, a newsreel company, learning the nuts and bolts of camera and editing. Soon however he came to specialise in accounting for film production.

Over 70 Movies
During his long career, Michael was involved in the production of over 70 movies and numerous TV programmes and series. These include films such as The Great Gatsby (2013), The Duellists (1977), Shogun, The Indiana Jones trilogy, Reds, The Winds of War, Shirley Valentine (1989), The Hunt for Red October, Patriot Games, The Talented Mr Ripley, the Mission Impossible series, Lara Croft Tomb Raider and many others.

It all starts with a script
Michael explained that "everything begins with a story - the script is king". Writing for animation is just the same as it is for live action; you still have to start with a great story. On a film set, there are usually a number of scripts; actors see the dialogue script; other departments will see different versions, with different information. But whatever form it takes, the script is the basic starting point for everything.

Breaking the script down 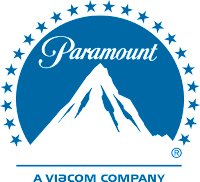 When you read a script, there are two things you need to know. A producer asks two principal questions: How long will it take to make the film, and how much will it cost?  To answer these questions, you must break the script down. One page of a script is roughly one minute of screen time, so a 120 page script will last roughly two hours (although this rule doesn't always apply; The Irishman, for example, was a 120 page script - but Martin Scorcese's first cut was five hours long).


How many locations are there? And how many actors are going to be in those locations? There is a piece of software called Movie Magic which will automatically break this down for you, creating a day to day schedule telling you where you are shooting, and how many actors are in any given location. Remember that you don't shoot chronologically, you shoot by location.  Actors are expensive; agents are always trying to get money out of you, and the guilds set tough minimum rates.  Even if you film in a "right to work state" such as Florida, you will still have to get waiver from the Screen Actor's Guild if you want distribution. Actors and musicians get residuals, so it's important to get the contracts right. 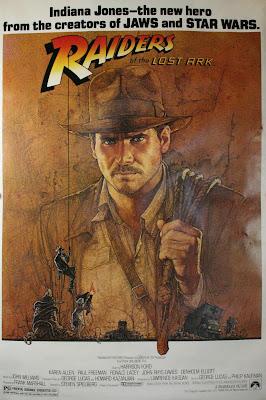 The Importance of Tax Credits
Increasingly, tax credits lead the decisions in film finance. For example, Game of Thrones was filmed for nine years in Northern Ireland, not because there was an established movie studio there, but because of generous tax local credits.

Raiders of the Lost Ark cost $5m, because Harrison Ford was then an unknown actor. Indiana Jones & the Temple of Doom cost $35m, as the actors got more famous, and so each film cost more money over time.

Merchandising can also count a great deal - George Lucas kept 50% of the merchandising on Star Wars and this revenue still flows to him, not to Disney.

Treatment
Often, producers will begin with a treatment. A treatment is generally a slightly longer version of an outline, but usually longer, perhaps 30 pages. Right now as a writer you're not thinking about budget, you're just trying to write something good, something clever and original that will excite the reader.

Who is for film for?
The key demographic for movies is still 16-24 year olds. For games, the core demographic is 10-25 years. This is your main market, and your pitch needs to identify who you are aiming your film at.

If you are pitching a project, you need a "pitch document". This will include a One Sheet poster, your film title, your genre, what the likely rating will be, the estimated budget, what location you need for filming (if any), who the director is, what your target cast is (list the names of folks you have approached, and if you are in talks), and also what the logline of your movie is.

On the second page, write out a brief synopsis of the film.

On the third page, talk about the likely box office. Give some examples of similar films in the same genre and show how well they have performed. Then, add a "Director's Vision", talking about the project, and why this story needs to be told. You also need to identify your Casting Directors; they know everyone and can help you find key talent.

One Sheet Poster
A "One Sheet" movie poster is very important. This helps to sell the idea behind your movie at a glance. And, if you're putting a star on the poster, make sure you get their permission to use their likeness.

Post production Investment
Post-production houses may offer you their services as an investment in the film.

Budget
Budgets are vital. Investors need to know how much it will all cost. You need to work with a production account to produce a budget. You can also use the Movie Magic software to help with create budgets and schedules.  You need a budget "Front Page" which will show all the important numbers on a single sheet.

Comps
You need comparisons - "comps" - with other recent movies that are comparable to yours, that have been successful at the box office. Consumer tastes change, so these comps should be recent ones, in the last few years or so.

Get your releases sorted out
Actors get residuals. If you hire actors, or get them to work for free, make sure you get them to sign a release stating what their terms are. Otherwise, you may find actors demanding fees in the future.

How to pitch
Always stand up, be well dressed, and always arrive 15 minutes early.  Practice makes perfect, so practice your pitch, try to relax, and try not to look too nervous.

The Escape Studios Animation Blog offers a personal view on the art of animation and visual effects. To apply for our BA/MArt in 3D Animation, follow this link. To apply for our storyboarding evening class, visit this page here. For the next 12 week animation course, click here.
Posted by Alexander Williams at 08:43