At last week's Annecy film festival Orion Ross and Lucy Pryke talked about pitching animation to the Disney Studio, to an eager audience at the Imperial Hotel.

Pitching projects is one of the most fun and challenging parts of our industry. After all, every project begins with an idea, a great pitch, and develops from there.

Our students at Escape Studios aren't just technicians, they are creators, and their ideas could lead to the next generation of hit shows.

So, what sort of projects are Disney interested in, and how do you pitch to Disney? 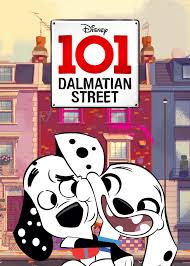 Disney in Europe
Orion Ross looks after acquisitions for the Disney company, buying content - mostly in Europe - for Disney's European and global channels.  Their most recent project is 101 Dalmation St, and they are also developing a Chip'n'Dale re-make.

Disney make fresh, original content and they also re-make what they call "heritage" content, their own IP.  That said, Disney in London are not a studio, unlike the Disney Studios in California which do pre-production work in-house, so the actual animation isn't done here in the UK, for the most part.

Lucy Pryke is a creative executive for Disney in London. They work collaboratively with film-makers, nurturing the development of fresh series.  They see themselves as "the first audience" for fresh content, helping the team make the best possible show within the budget and time frame available, reaching the broadest possible audience.

Disney House Style
Most pitches to Disney tend to be comedies, with a fun, optimistic, upbeat style. For Disney Junior, there needs to be an educational element to the show.  Disney Plus aims at family audiences, aiming at the "digital hearth"; children and parents watching together as a family.

As a potential show-runner, you should ask yourself - what is the show all about? Vamparina (for example) is - on the surface - about being a vampire, but beneath the surface is a story about immigration, and tolerance. 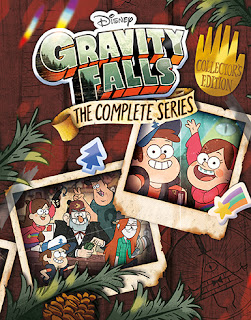 You don't have to have the biggest, most inventive high concept pitch, as long as the execution is really solid. Gravity Falls is a great show, well executed, but the basic idea is quite simple - about moving to a new town.

Pitching to Disney
Creators should always ask themselves - why are you making this? Why does this show matter? TV Series soak up a lot of time, money, and emotional investment - and you need to ask yourself why you are doing it.

Do's and Don'ts of pitching
Don't pitch cold, to executives you have never met. At the very least, meet the executive first and ask permission to pitch it. Most likely they will say yes, but it's polite to ask.  Do pitch a package. Find yourself a director, a studio, do some artwork. A pitch with a few lines and a scribble on a napkin generally isn't enough. The more developed your pitch, the better your chances of success. Do pitch something you really believe in. If you don't believe in it, no-one else will.  That said, no-one expects the pitch to be perfect; the project can be malleable.  Do be funny - always remember, "funny is money". Visual comedy, slapstick comedy, comedy that is rooted in character - these are all timeless and they cross cultural boundaries.

The Escape Studios Animation Blog offers a personal view on the art of animation and visual effects. To find out more about our new BA/MArt now recruiting for September 2019, follow this link.   To apply, visit the official page here.

Posted by Alexander Williams at 09:24