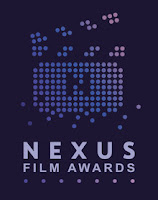 Many congratulations to the makers of the short film Jericho, completed early this year by our third year undergraduate students, which scored a double victory last week - winning Best Animation and also Best VFX at the Nexus Film Awards in Nottingham on 16 May.

Jericho is a short film about a lonely robot searching for a friend, and has been shortlisted for a student BAFTA award, among many other official selections.

Nexus is an annual film festival that takes place in May in Nottingham, East Midlands. 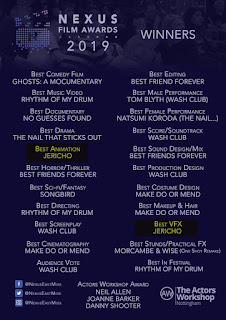 Today, with a new name, Nexus Awards is expanding,  hosting events to bring the East Midlands film community together, such as the 1-day short film festival on Sunday 12th May 2019, which was followed by an Awards Ceremony on Thursday 16th May.

Jericho has also been selected for Burton-on-Trent's Beer Town Film Festival, alongside two of our other student film projects, Planet Mars and Home Sweet Home. Jericho and are also in competition for Animex at Teeside and also the Cefalu festival in Sicily on 1st June.


Thanks to all this festival attention, Jericho now has its own IMDB listing, which you can see here.

Jericho - VFX Short Film from Matthew Wight on Vimeo
The Escape Studios Animation Blog offers a personal view on the art of animation and visual effects. To apply for our BA/MArt in 3D Animation, follow this link. To apply for our storyboarding evening class, visit this page here. For the next 12 week animation course, click here.
Posted by Alexander Williams at 04:00