Many congratulations to Carine Ong, an Escapee who studied 3D VFX and animation, who has just become a line producer at Framestore in London.

Prior to moving to Framestore, Carine worked as a production co-ordinator at London VFX pioneer One of Us, at Double Negative, Method Studios, and also at Rushes.

In 2018 returned to Escape Studios (at one of our "Evening with..." events), and gave an excellent talk about her work on many VFX projects, including Star Wars - The Last Jedi. 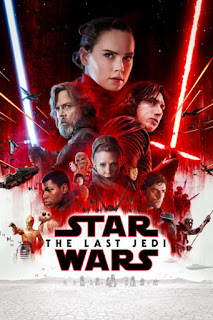 Star Wars - Last Jedi
During her talk, Carine showed some of her recent work at London studio One of Us, including some amazing shots from The Last Jedi.

Carine also explained that students at Escape Studios should be open to many different possibilities in the world of animation and VFX.

In Carine's case, her training at Escape Studios led her to seek opportunities on the production side of the industry, becoming a production co-ordinator, a position which traditionally leads to a producer role.

Production coordinators often move on to become producers and even studio heads, in part because they develop a thorough knowledge of how the industry pipeline works, and also develop a good sense of the business side of the creative industries.

Carine's hard work has paid off and she will now be running productions at Framestore, making sure that projects get done to a high standard, on time, and on budget.

Posted by Alexander Williams at 03:22