Next Friday December 11th is Film Night at Escape Studios! We'll be screening the cult animation classic The Iron Giant, a film which initially performed badly at the Box Office but nonetheless scored 96% fresh at RottenTomatoes, and has since developed a huge following of fans.  I'll be introducing the film, showing some of the shots I animated, and talking about what it was like to work for one of the great animation directors - Brad Bird. Watch the (extremely silly) teaser above for details.

Film Night is one of the many ways we work to give our students a great experience here at Escape Studios. We serve drinks and popcorn, and we try to show films that our tutors have worked on, so they can introduce the film and talk about what it was like working on the movie

A digitally remastered version of the Iron Giant has recently been re-released in theatres in the US - a fitting tribute to a film which underperformed at the Box Office but has since become a cult classic. 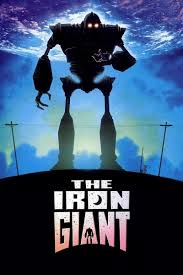 Preparing our students for the world of working in the visual effects and animation industries is something we take very seriously.

But it doesn't have to be all work and no play.  Sometimes it can be work and play, both at the same time.

We want our students to go out and be the next generation of talented artists who help to bring great new movies to life.

There are still a few spots left on Friday. Film Night costs £5, and includes drinks and popcorn.  If you'd like to come along, email martina.sargiacomo@escapestudios.com


Posted by Alexander Williams at 01:51