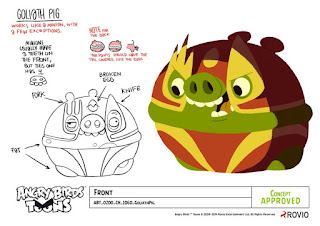 Andrea Torrejon, character designer for Rovio's famous Angry Birds series, will be teaching our character design evening class for the next three weeks, allowing our students to have the benefit of two tutors, bringing two very different perspectives to the art and craft of character design.

We asked Andrea to talk a little bit about her work, and what is involved in being a professional character designer. 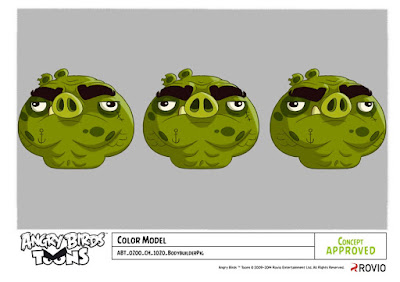 Becoming a character designer
I'm not really sure I can pinpoint a moment where I can say I started being interested in characters, I think it's always been that way as far as I can remember.

I grew up in a creative household (with a writer dad and an artist mum) watching animation and movies and with books on art and comics lying around all over the place.

When I started drawing as a child my main focus was designing different people and animals doing random stuff, (like hippos playing tennis) and I'd never repeat the same character twice.

As a teen and young adult I studied drama and joined a professional theatre group, while I also pursued illustration and animation studies. In the end it was like doing the same thing in different media, sometimes being the puppeteer, and others, the puppet.

Drama taught me a lot about character design that I would later use in my animation, video-game and comics jobs: Psychology, creativity, spontaneity, logic, body and facial language and acting.  Character building is so much more that creating an appealing mannequin and designing some clothes.

But I suppose I can say it came more clearly when I finally finished my animation studies.
That's when I decided "hey, maybe I could do this as a proper job". 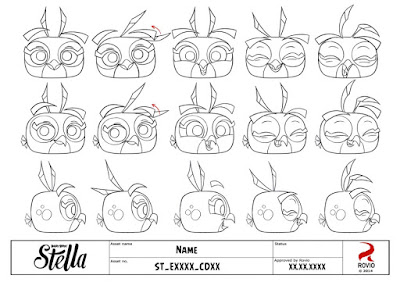 Professional work
I've worked on a number of animation, videogame and comics projects. Most of them were done in Spain for smaller companies, but the biggest project was for Rovio, in Finland, where I worked as a character designer for the animation studio, on charge of making and supervising the "animation bible" for the Angry Birds TV series and other projects.

I also got to travel around the world giving a hand, brainstorming, supervising and training partners and outsourcing companies to keep characters on model on the various series and video-games.

That's where I learned what I call my "battlefield tricks". Working in 2d, CGI and videogames all at the same time is a huge challenge, and it was tons of fun.

I've also been a comic book artist/cover artist and illustrator for Spaceman Project (my first big solo coming out in March 2018), a famous Spanish satirical magazine called "El Jueves", and other international publishings like Boom Studios. 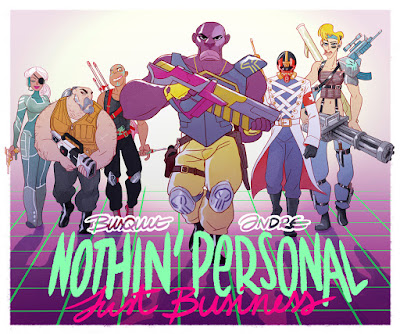 Personal projects
As cool as it is to work for big studios, the best projects are usually the personal ones. Doing my own comic ("Nothin' Personal" to be published by Spaceman Project in 2018), was the most rewarding, fun and creatively challenging project I've ever done.

On your own projects there is a huge amount of freedom, and you are your own boss (and probably your worst critic), and those two things, though they sound easy to manage, they are not.

I also decided to make a comic with 6 main characters, loads of extras, science fiction, so the amount of design I had to cover by myself - with no support team - was mental.

Note to self: next time make a comic about someone stranded alone on a desert island. And no helmets.

In fact, pretty much anything in the world you can do, can be applicable to character design. From history, to fashion patterning, from driving to gardening, mechanics, psychology, anatomy, art... the more you know, the more you see, the easier building appealing, credible characters will be. Everything around us influences us as people, so on paper it's pretty much the same.

Breaking in to the business of character design
Students hoping to break into the business need to be curious, and open minded. You should (of course) work hard on your personal style, but don't mind practicing on the style of others (always being honest and crediting the source).

Studios look for people that can adapt to an existing style but that also have a vision and taste of their own.

Don't be afraid of stating your opinion, always in a polite manner; be strong willed but not aggressive. There will be a lot of times where you will have to yield from your idea or your vision for the good of the production. Listen, and learn to value the ideas of others, giving constructive feedback.

Jobs and careers
Don't take it personally if you are not accepted for a job even if you have strong skills, sometimes they are looking for something very specific. Always keep going.

Know yourself, and don't lie about your skills or apply for a job that you cannot do (or know that you are not ready yet) or wouldn't be comfortable doing. It's bad for the production, bad for your reputation and bad for yourself and your self confidence (for example, don't apply for realistic productions if you can only manage cartoony style). There will always be a place where your style and assets fit perfectly.

Work on your social skills and teamwork. That doesn't mean that you need to be an extrovert or the soul of the party. But you need to be able to brainstorm, pitch ideas, defend your opinion and communicate with very different people.
The animation and video-game worlds specially are strongly team-based.

And the most important thing of all: keep yourself updated of what's going on. Play video games, watch movies, read comics and books, go to exhibitions and follow artists on the internet. It's your job.  This will not only enrich your mental library, but also will help you avoid things that already have been done.

You can see examples of Andrea's work at her website.

Posted by Alexander Williams at 02:00