Animation guru Richard Williams (who directed The Thief and the Cobbler, and was animation director on Who Framed Roger Rabbit?), has had his six-minute animated short Prologue nominated for a BAFTA, in the category of Best Animated Short.

The two other films nominated are Edmond (by Nina Gantz and Emilie Jouffroy), and Manoman (by Simon Cartwright and Kamilla Kristiane Hodol)

The nominees for Best Animated Film are Shaun the Sheep, Minions, and Inside Out. 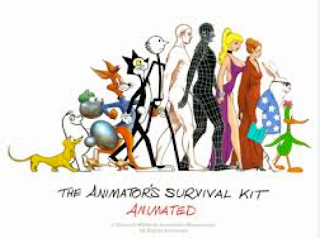 Prologue was first screened at Annecy in June 2015, and also played in a handful of selected theatres in Los Angeles.

Williams is the author of The Animator's Survival Kit, now the essential textbook for all aspiring animators, as useful for 3D artists as it is for 2D practitioners.

It's the book we recommend that all our students buy first - the crucial textbook for learning animation.

In the video below, Williams explains what made him want to create Prologue, and he shows some clips from the finished film.


The film’s U.S. premiere was held at the Telluride Film Festival in the Rocky Mountains last summer. Prologue was screened in Los Angeles, in order to have its Academy qualification run.


All the BAFTA nominees are worthy candidates. We'll be awaiting the news of who will win at the 69th British Academy Film Awards, to be held on 14 February 2016 at the Royal Opera House in London.

We're also keeping an eye out for who wins the award for best visual effects. The nominees (below) are:


The Escape Studios Animation Blog offers a personal view on the art of animation and visual effects. To apply for our new BA/MA starting in September 2016, follow this link.

Posted by Alexander Williams at 03:25