Cinematography at BAFTA with Ben Davis

One of the best things about BAFTA is its focus on regular lectures and seminars on filmmaking, many of which are open to the public.

A recent event at the Picture house Central on London’s Shaftesbury Avenue featured an interview with Cinematographer Ben Davis, whose screen credits include Kick-Ass, Before I Go to Sleep and Guardians of the Galaxy. But why should an animator need to know about cinematography? Because animators are film-makers, and anything that helps you to understand the art of visual story telling will make you better at your craft. And who better to learn from than one of the UK’s best cinematographers? 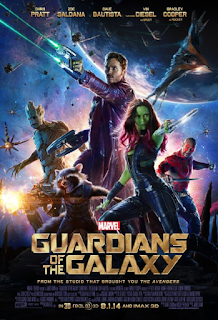 Cinematography, it has been said, is the art of “painting with light and colour”

Davis started by affirming the huge importance of concept work. What are the sources for the film? In the case of Guardians, these were comic books.  So this is the cinematographer's starting point. Davis is a "big believer in pre production". Why? Because you need to "lay the ground work" as early as possible. The Cinematographer, or Director of Photography (DP), "comes in late. Lots of work has been done already".


Nowadays, cinematographers have to "work to previs", that is to say, the previs shots get "handed to you", and you have to stick to it. Of course, "you talk to the Director, also the VFX supervisor, especially on a VFX film like Guardians". What are you discussing? Well, you "talking about colour and light". And this should be an exciting time, a time to develop ideas. For concept artists – "there should be no limits". The artists should just "let it flow, and set a high bar for everyone else". The cinematographer works "closely with the designers, talking about colour, density and contrast".


Davis also worked on Before I Go to Sleep, a Roland Joffe film with Nicole Kidman, who plays an amnesiac called Christine. Davis worked with color contrasts to show "when she is lucid", bringing in a "desaturated palette when she isn’t". This helps to show how the character gradually awakens in the film. It is a "journey of images from beginning to end, slowly bringing in colour and contrast".

Davis spent "ten days with Roland going through each scene, breaking it all down, and a shot list was created". It was "not a precise list, since you have to let the cast loose. In thrillers you need to unsettle people". Where is Christine? London? Somewhere else? The "location was not clear – and this was deliberate". 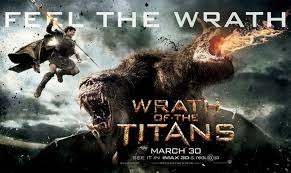 In 2012 Davis worked on Wrath of the Titans. Here, the film relied heavily on Previs – previsualisation – and this "was done by the previs team". First come the storyboard artists, then the VFX Dept, who "create a 3D computer animation of the storyboard" - which is previs.

Also there is "Tech Viz", that is to say, "camera, lenses, all the tecchy stuff".  Davis described previs as "a difficult one for me…I love it and I hate it”. Why? Because "I don’t want to be told what to do. I like things to be more organic than this".

Previs "used to be done for complex set pieces"; it was helpful because there was "no need to film endless coverage". But now…"it’s very restrictive. You have to shoot to a cut. In the normal process you would shoot more footage and let the editor decide". The previs process "limits the editor". Davis feels there is "too much previs now. Ideally previs would work as a storyboard", that is to say "a guideline not a straightjacket".

So why is it done this way? It's so that VFX dept. can get started early. In VFX, there is "never enough time". But the trouble is "you get locked into the previs". Of course, the director is involved in the previs process. But "he is busy. So the previs guys are making decisions, and they may not understand the practicalities of what is possible on set". You can end up with crazy shots, impossible to shoot on set. But the previs guys say "That’s your problem…I’ve just done it on my computer. Now you do it with a camera".

How did Davis get started? "Nepotism. My Dad’s a cinematographer. Dad worked in the USA a lot". So the young Ben Davis "got a job as a camera trainee in the US". And he was "hooked". But he had always "loved photography". As a kid, he "developed negs with his Dad". As a young man he "went to a careers officer. He got him a job as a photographic dryer with a photo printer" - an incredibly boring job.

In the UK, Davis had "no contacts, as his Dad worked in the USA". At the time, the NCCT Union "was a closed shop. You needed a card to work". So he "worked as a trainee to get a union card". His first job was on a film set, due to start in two days, so he asked them what camera they were using, and "the very next day he learned how to load the camera. But, on set, it was a different camera!"

In 2004 he shot Layer Cake. 2004. He still likes "the symmetry of the shots". And it was "still shot on film....I miss it". This was a "very well planned film, nothing was done by accident". It was "not storyboarded, but the shots were listed and discussed". Daniel Craig was "very important" on the film; in effect it was a "calling card for James Bond".


How did he make the transition from Camera Assistant to DP – how long did it take? "Pretty quick", said Davis. He "shot a lot of short films, and took every chance" to make it happen. At the time, he had "no kids" - which helped. He "lit every thing he could", and made sure to "learn from the errors and also from the good stuff". And he learned that "sometimes a lack of knowledge creates brave work. One can be over-encumbered with experience". Many new directors can be like this. Davis once "argued with a director who wanted a shot done a certain way. And Ben thought that this was the wrong way. But the shot came out well". This was an important lesson. "Great ideas can come from many sources".

Post-production is getting harder, it's getting "more difficult in post". This is being caused by changes in technology.  The DI (Digital Intermediate) is a "wonderful invention. We don't want to go back".

But the trouble with DI is that "the room and the tech is an open space. It has become very political". Old school film "falls apart if you change it too much", and there used to be "an established protocol".

But now "with digital you can make big changes. So how to handle a DI politically is tricky. It is hard to keep control of your images. It's a battlefield. You get two paid weeks as a DP on the DI but you really need longer". And it's tricky. The director's brother [or whoever] walks in and says “isn’t it a bit yellow?” and suddenly its all changing. But this is the future of film – you will be able to "just place the camera and then do whatever you like with the footage later". 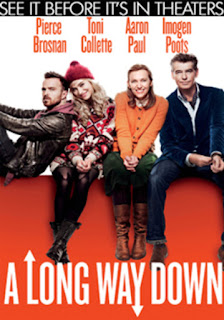 On KickAss, they used strobe effects, which are "very hard to photograph, especially digitally". So "we filmed it and then put the black frames in later". We just "inserted the black". With hindsight, it was "so obvious!" We did all these clever effects and "it all failed; the strobe won’t sync to the camera". So it was all "done in post".

How does he light a set? Well, in a nutshell, it's above having a"Big window, big light. Small window, big light". Davis does "not want lamps on the floor". He wants to "light the space from above". You need to "get the lights up there out of shot. Let the set light itself". You "light for the space and keep the floor clear".

In 2014 he filmed A Long Way Down with Pierce Brosnan. One big dialogue scene was "shot at twilight". This is tricky, you have to be "in the right place at the right time – this is essential for location work". You have "got to know the location". You need to go and "look at it at different times of day". Ask yourself "when should you shoot?" Maybe the "script says Twilight – and there are three pages of script to get through". So, you must shoot at the right time and you must do it fast.

He has worked on "loads of films where they are cutting from twilight in one direction and daylight in the other", usually out of budget necessity. But "if it works, well then sometimes it's ok". After all "there is weather; it is out of your control. You have to make do". Sometimes "you are shooting and then it's chucking it down and the producer will say “can't we shoot this? Won't it cut?” And it won't. But if they order you – you shoot it".

Posted by Alexander Williams at 00:56