Many congratulations to the makers of "The Golden Acorn", directed by Maciej Osuch, which recently won Nominee, Best Trailer at the Bucharest Shortcut Cinefest. You can see the official awards page here. 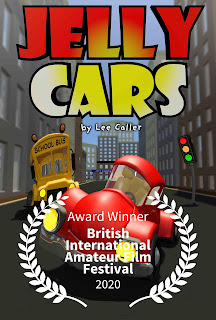 For the makers of "Joe", "March of the Potguins", "Draw", "Jelly Cars", and "Flame", these are their first festival awards, and we are delighted to celebrate their success.

Escape Studios Festival News
Many films from Escape Studios are in festivals over the coming weeks, despite many festivals being cancelled, postponed, or simply being held online.
Jerich0
BAFTA-shortlisted Jerich0, directed by Sarah Andrews and produced by Matt Wight,  is in three upcoming festivals:

Adam & Eve Mk II
Multi-award-winning "Adam & Eve Mk II", directed by Sebastian Kuder, has been selected for seven new festivals:
Flame
Flame, directed by Cherelle Owusu and produced by Carolina Xavier, is in seven upcoming festivals:
Offcut
Offcut, directed by Petroc Menuhin, which follows the adventures of a discarded scrap of wood who comes to life and finds meaning in music, will be screened at two festival events: 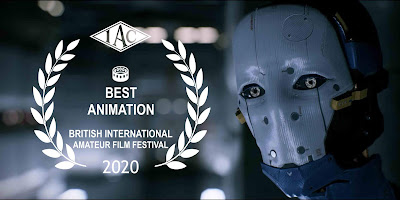 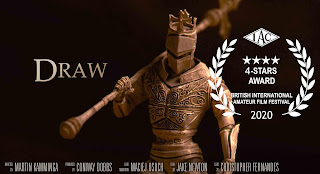 Jelly Cars has been selected for two upcoming festivals:


Posted by Alexander Williams at 01:37