We're delighted to welcome our newest animation tutor Jessie Ilham to teach our summer class in Toonboom Harmony in June 2020.

Jessie was educated at Sheridan College in Canada, one of the world's leading animation schools, and was a Lead Breakdown Artist at BrownBag Films before moving to Blue Zoo animation in London. Her many credits include the Disney feature film "Princess and the Frog".

She is an experienced animator and rigger in ToonBoom Harmony, and has also trained teams of rigging artists, scene setup and layout artists. 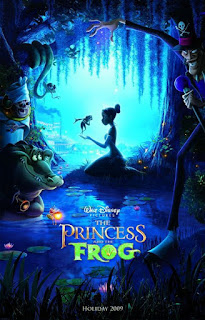 About Jessie Ilham
Jessie is an experienced animation who is also has experience working in other production departments such as Design, FX and  Compositing.  She has worked in the games industry as a Senior Game Artist at DHX Media Interactive.

Jessie also has experience upervising , training, and directing junior artists, and can also teach rigging in Toonboom Harmony as well as animation.

Jessie is currently working at Blue Zoo animation in London, working in their new 2D animation studio, whose animation pipeline is built around the software package Toonboom Harmony, the same software she will be teaching on our summer animation course.

The Escape Studios Animation Blog offers a personal view on the art of animation and visual effects. To find out more about our new BA/MArt, now recruiting for September 2020, follow this link.  To apply, visit the offical page here.

Posted by Alexander Williams at 06:53