Many congratulations to the makers of "Offcut", which has won its first festival award for Best Animation at the Dirigo 6th International Student Film Festival 2020.

The Dirigo Film Festival takes place next Monday at the Arnolfini Arts Centre, Bristol on Monday,  January 27th 2020 from 18:45 pm. Tickets are free - so come along and support your fellow student film-makers. Let's make some noise! 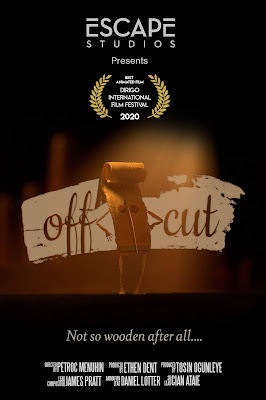 Offcut is a musical odyssey set inside a luthier's workshop. The story follows the adventures of a discarded scrap of wood, who comes to life and finds meaning in music.

Working with a team of ten students from VFX and animation departments, this collaborative short was filmed on location at a luthier's workshop in Camden Town.

Where and when
The Dirigo Film Festival takes place at Arnolfini Arts Centre, Bristol on Monday,  January 27th 2020 from 18:45 pm. Follow this link to book your free ticket.

Offcut is also in the Cineshots festival in London on February 11th, at the Streatham Space Project, Sternhold Avenue, London SW2 4PA 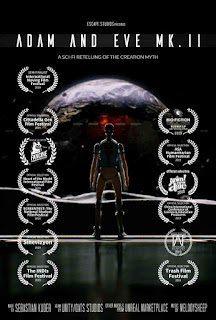 Flame
Our MA animation students have also started to get their films accepted into film festivals. Their short film Flame, directed by Cherelle Owusu and produced by Carolina Xavier, has recently been accepted as a finalist into three upcoming festivals:
Jerich0 and Home Sweet Home
Both Jerich0 and Home Sweet Home continue to enjoy festival success, with both shorts being recently accepted into the Monstra Film Festival in Lisbon, Portugal, which takes place on 18 March 2020.

Jerich0 has also been selected for the KinoFilm Manchester International Short Film Festival, which takes place from 22-29 March. 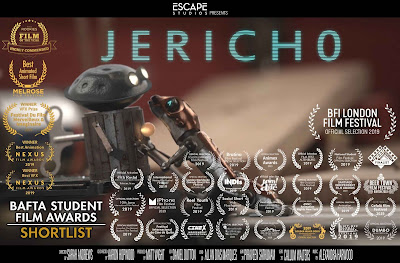 Jerich0 is a short film about a lonely robot searching for a friend, was directed by Sarah Andrews and completed by our third year undergraduate animation students.
Jerich0 has won multiple festival awards, including Best Animation at the Melrose Film Festival in Orlando, Florida.


Posted by Alexander Williams at 00:31