Many congratulations to our student animators - our short films The Good Old Days,  Home Sweet Home, Jericho, Flame, Vivi Ossa, Adam & Eve Mk II and Reece have all been selected for the Golden Nugget Film Festival.

The festival takes place in Leeds on Tuesday 3rd December 2019, and you can buy tickets here.

We're delighted to have no less than seven student films in the competition, and we're encouraging our students to attend, vote in the audience award, and offer applause and support.

Tickets - just £5.76
You can buy tickets at Eventbrite here:
https://www.eventbrite.co.uk/e/golden-nugget-international-film-festival-gniff-tickets-80060823077 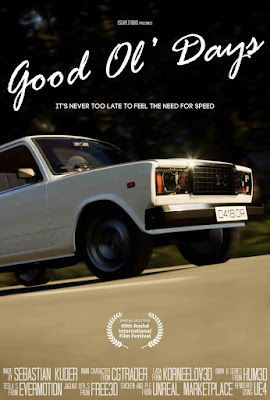 Jericho
Jericho, a short film about a lonely robot searching for a friend, has been nominated for the category of Best Animation Short.  Jericho was directed by Sarah Andrews and completed by our third year undergraduate animation students.

Flame
“Flame”, directed by MA animation student Cherelle Owusu and produced by Carolina Xavier, under the supervision of MA supervising tutor Amedeo Beretta, has been nominated for the category of Best Animation Short. 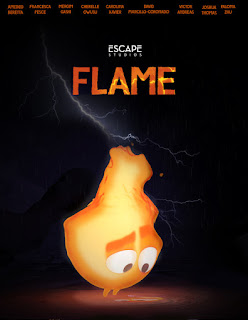 Flame is a short film about the birth of fire: on a dark night in the desert, Flame is born, but she soon realizes that the storm that brought her life is now a threat to her survival.

Vivi Ossa
Vivi Ossa, directed by Callum Walters and produced by Matthew Wight, was completed by 3rd year undergraduate animation students. Vivi Ossa was a finalist in the 2019 ESMoA Video & Film Festival, and was also an award winner in this year's Zero Budget Film Festival.

Reece
“Reece", directed by Escapee Steven Mealand, has been nominated for the category of Best Thriller/Horror Short.  “Reece" is the story of a cleanup robot that goes horribly wrong.

Adam & Eve Mk II
Adam & Eve Mk II has been nominated for (and is a semi-finalist in) the category: Best Fantasy/Sci-Fi Short. It was also recently a finalist in the 2019 National Student Film Festival in Greenwich.


Written and directed by Escapee Sebastian Kuder, Adam & Eve Mk II  won the award for Best Short Film Under 5 Minutes at the Arch 1 Festival of Film in London in October.

Adam and Eve Mk. II is a modern re-telling of the Biblical origins story, set in a post-apocalyptic world in which human memories are uploaded into the artificial brain of a humanoid robot.

Congratulations to all our talented students and Escapees on their remarkable success.

Posted by Alexander Williams at 03:16