Many congratulations to animation Escapee Harry Pearson for starting a new position as Junior Rigger at Factory 42, an immersive and television content production studio based at Somerset House on the Strand.

Harry got the job at Factory 42 based on his excellent demo reel, and then a follow-up interview.

At Escape Studios, Harry was part of the award-winning team that made the short film Home Sweet Home, which won the Best Student Film at the British Animation Film Festival. 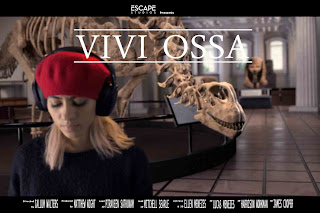 Harry also did the animation for Vivi Ossa, a one-minute short film which is currently being entered into film festivals.

Harry also co-directed the 2nd year Studio Project Working with Dinosaurs, mentored by Framestore animation, and co-directed the final year project Minuet, our most ambitious project to date, which is also being entered into film festivals.

Posted by Alexander Williams at 02:04