Crater Internship for Miguel and Maciej 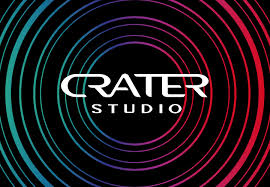 Many congratulations to second year undergraduate animators Miguel Teixera and Maciej Osuch who have both secured summer internships at Crater Studios in Belgrade.

Crater Studios are a Serbian animation house dedicated to the art of VFX production for TV and film; their industry partners include Warner Bros and Netflix.

Finding an internship in the second year of animation studies is a big step for our students; internships are an important stage in launching a long-term career in industry.

About Crater Studios
Crater are a Belgrade-based studio they are dedicated to the art of VFX production for TV and film. Their internship started at the beginning of June and lasts for two months. To secure the internship, students had to submit their showreel, CV and a covering letter, and demonstrate that their work was of the highest standard.  Maciej and Miguel are both be working on client-facing commercial projects.

Miguel Teixera and Maciej Osuch
Miguel and Maciej are second-year undergraduate students at Escape Studios, studying the art of computer animation. They won the internship in part on the strength of the excellent teaser/trailer they completed as part of their second year studio project, in which groups of students collaborate to produce an industry-quality teaser or trailer for an upcoming film, game or TV Series.


Golden Acorn
"The Golden Acorn", was a trailer completed by 2nd year undergraduate Escape Studios Animation students, as part of their Studio Project module, PR5001. The Studio Project Module comes half way through the second year and is the point at which studying at Escape Studios becomes much more creative; students learn to work together in teams, pitching projects to one another, selecting the best idea, and working towards a defined project brief.

Student Experience
Finally, many thanks to Martina Sargiacomo from Student Experience and Andrew Brassington from Special Projects for their help in making this internship opportunity happen, and for helping to make sure our students have the best possible preparation for their careers in industry.

The Escape Studios Animation Blog offers a personal view on the art of animation and visual effects. To find out more about our new BA/MArt, now recruiting for September 2019, follow this link.   To apply, visit the official page here.
Posted by Alexander Williams at 04:56