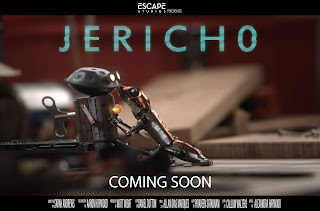 Many congratulations to the makers of the short film Jericho, completed early this year by our third year undergraduate students, which has been selected for the Animex animation festival.

Jericho is a short film about a lonely robot searching for a friend.

Animex is one of the biggest and longest-running animation film festivals in the UK, and takes place in February 2020 in Middlesbrough, in the North East of England. 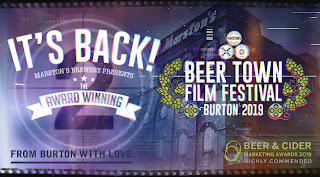 Jericho has also been accepted into the Nexus film awards, which take place in Nottingham from May 12-16, and also Burton-on-Trent's Beer Town Film Festival, alongside two of our other student film projects, Planet Mars and Home Sweet Home.

Beer Town Film Festival takes place in Burton-upon-Trent, and is currently in its second year of operation, sponsored by Marston's Brewery, and has a "mission to champion young and upcoming filmmakers throughout the UK".

Jericho has also been selected for the International Animation Film Festival Golden Kuker - Sofia, which takes place in Sofia, Bulgaria, on 7 May 2019, and participated in the London Lift-Off sessions, hosted by Pinewood Studios.

Directed by Sarah Andrews and Produced by Matt Wight, Jericho raises the bar for all our students at Escape Studios and shows what can be done when group projects are well-managed and resourced - just like in industry.

Thanks to all this festival attention, Jericho now has its own IMDB listing, which you can see here.

Jericho - VFX Short Film from Matthew Wight on Vimeo
The Escape Studios Animation Blog offers a personal view on the art of animation and visual effects. To apply for our BA/MArt in 3D Animation, follow this link. To apply for our storyboarding evening class, visit this page here. For the next 12 week animation course, click here.
Posted by Alexander Williams at 01:01