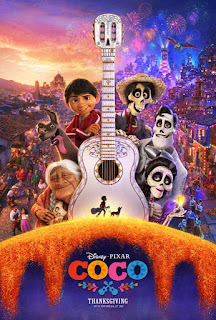 Many congratulations to Allison Rutland, an Escapee who today works as an animator at Pixar, and worked on their latest box office smash: "Coco".

Allison is very much at the top of her game - In 2016 she won an Annie Award for Best Character Animation for her work on Inside Out - an exceptionally competitive award in which animators from all over the world compete - it's sort of like the Best Actor award at the Oscars.

In a recent interview with Escape Studios, Allison talked a little about her work at Pixar, offering advice for students on how to break into the animation industry.

"I’ve worked on Coco, Toy Story 3, Monsters University, Brave, Inside Out, and Finding Dory. I did a lot of Riley shots on Inside Out - specifically the ones where she is crying at school, and also crying at the end.

In 2016 I won an Annie Award for Best Character Animation on a Feature Film for my work on Inside Out.  I was out on maternity leave for a lot of Finding Dory, but I animated some shots of the parents at the end.

Inside Out is my favourite Pixar film – I just love the story and think it's a great message.

I have learned that it's important to always be growing as an animator. There are constantly new challenges and new ways to improve. It's also good to stay humble and accept feedback as much as you can.

Studying at Escape Studios helped me to learn new acting and animation techniques that I used on a personal acting test for my demo reel.

My advice for those considering entering the industry is find a mentor who can help you at the start, and to stay motivated."

To read the original interview with Allison, follow this link.

The Escape Studios Animation Blog offers a personal view on the art of animation and visual effects. To find out more about our new BA/MArt, now recruiting for September 2018, follow this link.   To apply, visit the offical page here.
Posted by Alexander Williams at 01:13