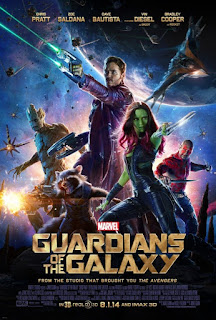 Escape Studios is proud to host another "Evening with..." event, this time with super-talented concept artist Jenny Harder,  on Thursday January 12th.

Jenny is a concept & storyboard artist at Studio Gobo, where she has recently been working on Disney Infinity, Guardians of the Galaxy, Rise Against the Empire and the Moana playset.

Concept art is an area of film, games and animation production that is very popular with our students and - of course - highly competitive.

So come along on thursday and bring your questions. This is a chance to meet a successful industry professional and ask her - how does a student artist break into this field?

As ever, we'll be offering free beer and pizza!

Jenny is also working on an animated short film titled 'Being Good', currently being developed by 33 professionals from games and film. It's a proof of concept for a potential feature film and will be finished in the summer 2017. It's an unfunded passion project with talent from all over the world, including Disney, Dreamworks, Sony, Square Enix, and Illumination MacGuff.

What is this all about?
It's the latest in our series of "Evenings With" events, windows into the animation and VFX industry.  These events are free and a great opportunity to find out what makes the industry tick, and start to build contacts. We recommend all our students attend events like this one whenever they can.


To see some of Jenny's stunning artwork, follow this link.

The Escape Studios Animation Blog offers a personal view on the art of animation and visual effects. To find out more about our new BA/MArt, now recruiting for September 2017, follow this link.   To apply, visit the offical page here.
Posted by Alexander Williams at 01:18