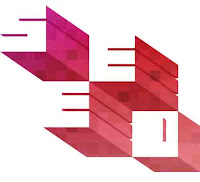 At this year's Escape Studios VFX festival, one of the most interesting talks was given by Neil Kidney, founder of Seed Animation, a small animation company in the heart of London's Soho.

Neil's lecture was a fascinating insight into the workings of a small studio, illustrating both the benefits and the burdens of being small and nimble, but vulnerable to stiff competition and unexpected pitfalls.

So, what makes a small animation company like Seed really tick, and how can animation graduates hope to get hired by companies like Seed?

Seed is an informal place, taking its cue from its laid-back founder. Everyone "works in one room", and this makes things "very collaborative". Artists are invited to speak up, and "everyone says what they think", because "more chefs make a better meal". This means that "everyone talks about whatever is on their mind".

The studio doesn't have a reliable or steady flow of work, and "lots of folk are freelance", so as a result there is "lots of turnover". This has its benefits, as new artists "bring techniques they learned from another studio, so you can learn from them".  Fresh ideas means "lots of ideas on how to make things more efficient, with "new skillsets coming in all the time".

Every week the studio has "friday beers", which is a chance to "discuss everything", and, frankly, for the company - it "doesn’t break the bank to buy a few beers".  This is a great way to end the week, relax, and talk about how the project went.

For Neil, "music is important", because it "keeps the atmosphere alive". Everyone gets to pick their favourite music, which "is great, but sometimes awful". The studio has “Classic album” day – the album gets played from start to finish and "everyone has to appreciate it". One one occasion "it was death metal".  But the guy who chose it “hasn’t been back since”.

Often the people who work at Seed "are more friends than colleagues". This is a good thing, but it "can be a problem giving them a kick up the arse" - if they are persistently late, for example.

The Business of animation
Being a small studio has its good and bad points. On the good side, they are "independent, spontaneous, and nimble".  Being small makes them very flexible, meaning that they "can change their pipeline very fast if need be." Also, being small means that the studio has "little to no politics".

On the bad side, Seed are "competing with big studios". They have "limited resources", and they can find themselves "at the mercy of the freelance pool".  The single biggest problem is that it can be "hard to compete against well-resourced pitches from big companies". Seed "really have to fight for the bigger jobs". Their better-known competitors have it much easier. "If you’re Passion Pictures or The Mill or Framestore, you’re automatically on a Producer’s radar.  Producers don’t feel safe with little companies. They feel safe with big companies."

Seed depend on "the freelance pool" To finish a job, they have to ask "who is free?" They have to "ring around and see who is available". And, sometimes "the top-tier people are booked up". It can be "tough to navigate this".

Seed's Commercial Work
Seed have done many projects including idents for Adult Swim, commercials, and recently a film about conservation for the RSPB, all about the EU budget.  This last job used "only two people – and took two weeks". It was a "simple and straightforward job". The question on a fast job like this was "can we do it in two weeks"? The answer was "yes…but you’ll have to leave us alone and let us do it". Because "what takes the time is pleasing the client and addressing notes".


Seed Personal projects
As a company, Seed like to devote "one month per year to do our own stuff".  So they make "one short film per year", which "cleanses the soul a bit". Instead of answering to clients, "you just get on and do what you want to do".


Work like this "often has zero commercial value”.  But, on the plus side, "it keeps you sane for the other 11 months of the year".


Hiring at Seed
Do Seed hire graduates? Yes, but they do "tend to err towards more experienced artists". The reason for this is tight budgets, with "not much time to experiment". The company "needs the job done in one hit nicely the first time".

New employees might be super talented, but "experience definitely helps to smooth out bumps in the road". The good news for recent graduates is that Seed "do like to try out new talent, especially if its not such a big deal if things don’t go smoothly."

Software
Seed are "primarily a Softimage studio", but they are "slowly thinking about using Maya”. They also use After Effects and Flash. For rendering, they are using Redshift. Compositing "is done in After Effects or Nuke".

Employee contracts
Freelance contracts "are usually on a per job basis". In other words, it "varies a lot". Seed "do try to roll people over to the next job if they can….but you can't always guarantee it".

The Escape Studios Animation Blog offers a personal view on the art of animation and visual effects. To find out more about our new BA/MArt in the Art of Computer Animation starting in September 2016, see this post. And to apply, follow this link.

Posted by Alexander Williams at 01:13