This short film about storyboarding is presented by Disney animation veteran Eric Goldberg, an animator who moves seamlessly between animation, storyboarding, and directing. And why not? All these skills are complementary, and all involve the telling of stories in a visual medium. Eric was one of the directors of "Pocahontas", and he earned lasting fame for the stunning design and execution of the "You'll never have a friend like me" musical sequence in Aladdin. 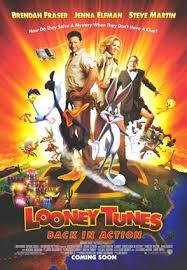 I was lucky enough to work as an animator on "Looney Tunes, Back in Action", where Eric directed the animation.

He is also the author of the excellent book "Character Animation - a Crash Course", and there are few better people in our industry to learn from.

Storyboarding is a skill which takes much practice, as it involves a number of different abilities. You have to understand camera, film editing, character expressions, and above all else you need a good sense of story and comic timing.

Lots of digital artists shy away from storyboards because they don't like to draw, or feel intimidated by the demands of the medium, but Eric makes the point that you don't need to be Michelangelo to do good boards. What you need is a desire to learn, and lots of practice.

In fact, we're running a class in storyboarding here at Escape Studios starting on 13 June 2016. It costs £1,000 and it's a part-time course, designed to fit around jobs and families.  You'll be expected to attend Escape Studios in Shepherd's Bush one evening a week from 7:00pm-10:00pm. Warning: there will be homework!

Plus there is an additional 8 weeks of online mentoring, where you get to practice your skills. It's going to be a great course, designed to train story artists to work in this growing field - where (by the way) there is a serious skills shortage here in the UK.

Posted by Alexander Williams at 01:16