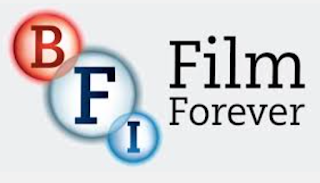 The British Film Institute on London's South Bank is hosting a special screening of the animated short films which have been nominated for an Oscar this year.

The evening is a chance to see some of the best work in our industry, mostly by independent film-makers, and also to hear a Q&A with Richatd Williams, author of The Animator's Survival Kit, who is one of this year's nominees.

What's this about?
To mark the 88th Academy Awards, BFI host screenings of films in the running from several categories, including Best Animated Short.  Remember that these animated shorts can be hard to find, since they generally don't get a wide release, so special screenings like this are often the only way to see them.

What films are being screened?
Bear Story, Prologue, Sanjay's Super Team, We Can't Live Without Cosmos, and World of Tomorrow.

Who will be there?
Richard Williams will be doing a Q&A after the screening to talk about the making of his short film Prologue, which has been nominated both for an Oscar and also for a BAFTA, both in the short animated film category.

The Escape Studios Animation Blog offers a personal view on the art of animation and visual effects. To apply for our new BA/MA starting in September 2016, follow this link.
Posted by Alexander Williams at 05:48