2016 Animation Roundtable by The Hollywood Reporter

The Hollywood Reporter has interviewed six leading animation directors: Pete Docter (Inside Out), Pete Sohn (Good Dinosaur), Richard Starzak (Shaun the Sheep), Steve Martino (Peanuts Movie), Charles Kaufman (Anomalisa), and Roger Allers (The Prophet). The directors talk about their shared journey bringing animated films to the screen, and the many challenges they had to overcome along the way. The panel discussion is one hour long. 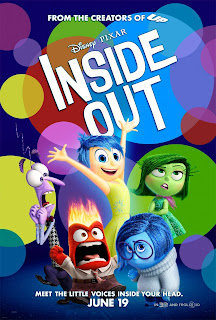 One of the most interesting parts of the interview is hearing how the various director's projects began their life. Generally, all of them began with a single, simple concept.

For example, The Good Dinosaur began its life as a pitch by Pixar story veteran Bob Peterson, and the idea was to take the relationship between a boy and his dog and flip it on its head. So, in the film, the dinosaur is the boy, and the boy is the puppy.


Richard Starzak of Shaun The Sheep wanted to make a silent movie - an idea which, initially at least, no-one at Aardman liked. But, argues Richard, as a director you have to fight for your creative choices.

Easy to say, hard to deliver.


The Escape Studios Animation Blog offers a personal view on the art of animation and visual effects. To apply for our new BA/MA starting in September 2016, follow this link.

Posted by Alexander Williams at 01:29